Investors should brace for another volatile week of trade in markets as the U.S. administration warned of the toughest week yet in its fight against the coronavirus is upcoming, while a deal between Saudi Arabia and Russia to cut their oil output looked increasingly doubtful.

President Donald Trump said in a press briefing on Saturday that the week ahead will be “probably the toughest” for the U.S. with “a lot of death, unfortunately.” U.S. indexes last week posted their third weekly decline in four. The Dow lost 1.7%, while the S&P 500 fell 1.6%. The NASDAQ ended the week down 1.5%.

Another likely setback will come from energy markets where the OPEC+ meeting to decide on an output cut was delayed after media reports said both Riyadh and Moscow need more time for negotiation.

President Trump last week raised the prospect of a new agreement to end the massive oversupply in oil markets caused by a lockdown of the world’s largest economies. His tweet on a possible deal among the largest oil producers spurred a 50% recovery in benchmark oil prices.

Beyond these macro developments, we’re focusing on the following three stocks, due to the company-specific developments:

Tobacco giant Altria Group (NYSE:MO) is coming under pressure after the Federal Trade Commission sued the company to reverse its $12.8 billion deal to take a stake in Juul Labs Inc., saying the companies are competitors who shouldn’t be in business together.

On Friday, the commission made public an important part of its complaint, saying Altria pulled out of the e-cigarette market in the fall of 2018 because of a secret deal with rival Juul. The FTC complaint argues that Altria and Juul were aggressive rivals until Altria decided to end the competition by shutting down its own e-cigarette brands, MarkTen and Green Smoke, before acquiring its stake in Juul. 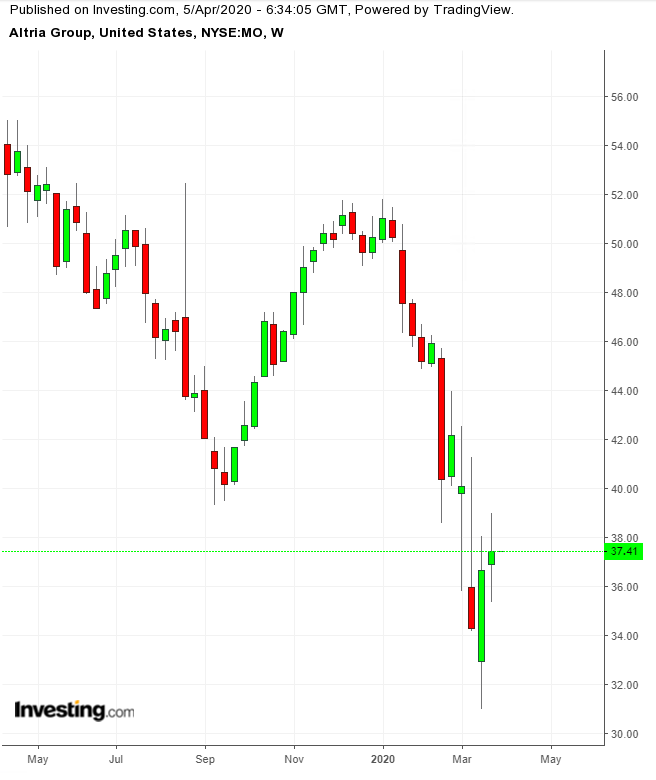 Altria, which produces Marlboro and operates Philip Morris (NYSE:PM) USA has already taken a write down of its investment in Juul twice, slashing the 35% stake’s value to $4.2 billion in January as health concerns about e-cigarettes led to a regulatory crackdown. Amid this regulatory action, Altria stock has lost 25% of its value this year, closing Friday at $37.41.

Warren Buffett’s Berkshire Hathaway (NYSE:BRKa) said late Friday it sold about 18% of its stake in Delta Air Lines (NYSE: NYSE:DAL) this week amid the coronavirus pandemic which forced airlines to halt flight operations.

The sales were conducted on Wednesday and Thursday, the filings show. Berkshire previously owned about 11.1% of Delta stock and 10.4% of Southwest stock, according to Refinitiv data. No reasons for the sales were given. 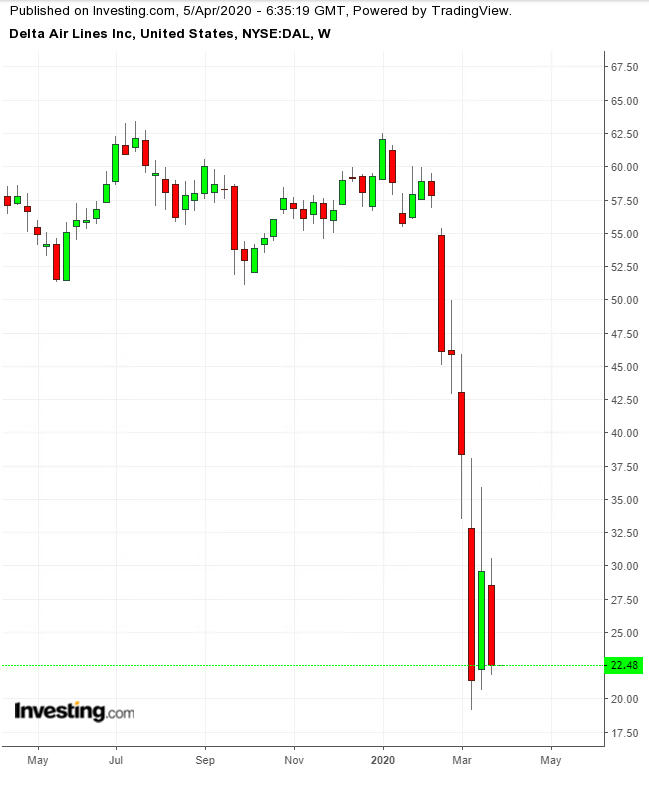 The Omaha, Nebraska-based conglomerate is among the biggest shareholders of the four largest U.S. carriers, including Delta. Berkshire’s sales were disclosed after major U.S. airlines applied on Friday for payroll grants from the U.S. Treasury to help keep workers employed.

The pandemic has punished the industry, as passengers stay home and carriers worldwide slash their schedules and ground planes. Delta projected on Friday that its second-quarter revenue would fall 90%. Delta Air stock was trading 11% lower in after-hour trading after closing at $22.48 on Friday.

The apparel maker, Levi Strauss & Co. (NYSE:LEVI), will report its fiscal Q1 2020 earnings on Tuesday, April 7, after the market close. Analysts on average are expecting $0.35 a share profit on sales of $1.46 billion.

The San Francisco-based clothing company is unlikely to impress investors amid global lockdowns due to the coronavirus pandemic as many malls and retailers are closed and consumers stay inside and focus their attention on grocery and other essential shopping instead. 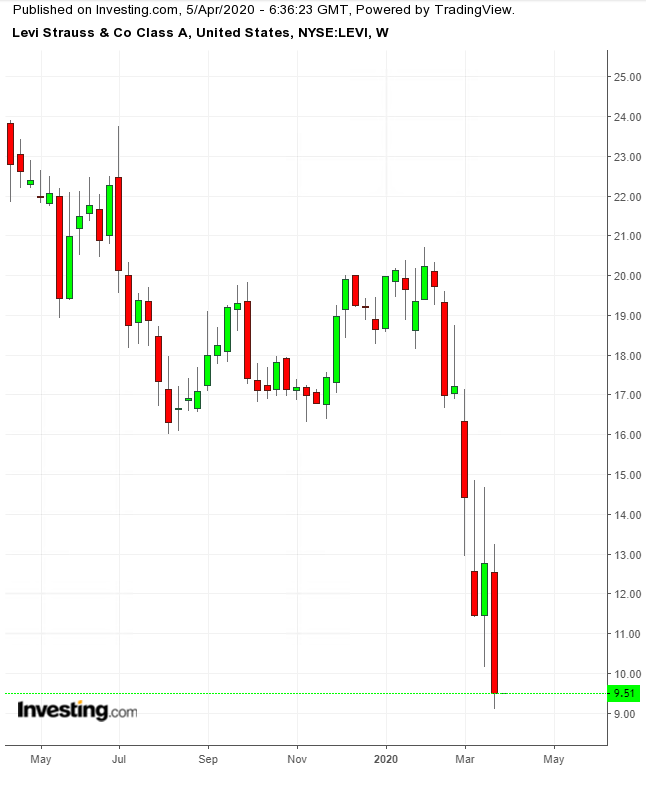 Levi Strauss has been working to bolster its retail network and e-commerce sales. To boost growth, the denim maker is also pushing harder in international markets, including Europe, Asia as well as in the Americas.

Aside from plunging demand, another threat for large global companies that need to convert foreign profits into the U.S. currency is the strong U.S. dollar in recent weeks. Shares have fallen 48% in the past month and closed Friday at $9.51.

Enter Your Information Below To Receive Latest News And Articles
Your information is secure and your privacy is protected. By opting in you agree to receive emails from us. Remember that you can opt-out any time, we hate spam too!
Latest Posts